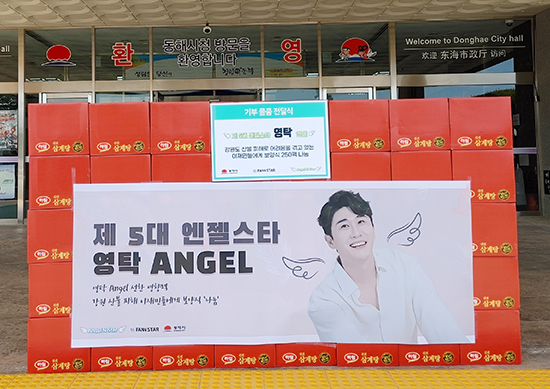 [Reporter Son Hae-ri] Samgyetang was delivered to a social welfare facility in Donghae City, which suffered from forest fires in Gangwon Province, due to the good influence of singer Young-tak.

On May 16th, Youngtak Angel's goods delivery ceremony was held at Donghae City Hall. Youngtak Angel was named the 5th Angel Star in April, ranking first in the "Fan N Star_Angel N Star," which shares health food at the "East Sea Social Welfare Facility affected by the worst forest fire in Gangwon Province ever." 250 packs of samgyetang were delivered to social welfare facilities in Donghae City, which were damaged by forest fires in Gangwon Province due to Youngtak's good influence. 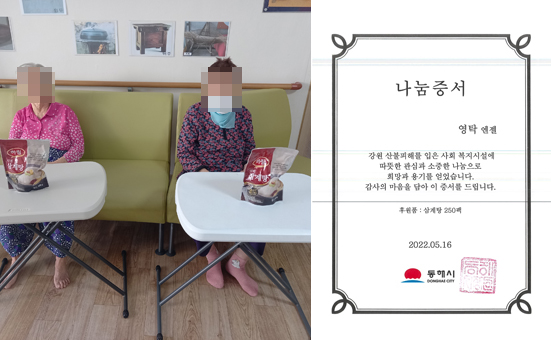 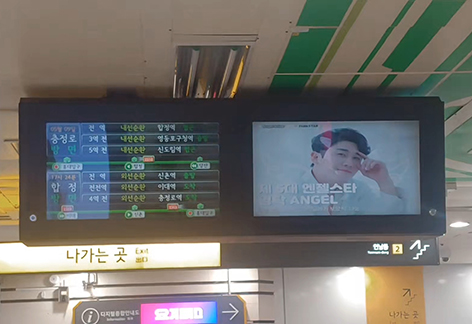 In addition, Youngtak Angel, which consists of Youngtak's fans, was exposed to Youngtak's "good influence" from May 9th to 16th through the Angel Ads Line 2 electronic display. The good influence of the store's Youngtak has been known to Seoul citizens who ride the subway.

Meanwhile, Fan N Star-Angel N Star is carrying out a project to deliver the happiness of gifts to vulnerable children and teenagers so that they do not feel the emptiness of their parents during the "Family Month" from May 2nd to 27th.