The concert will be held on December 10~11 in Daegu. 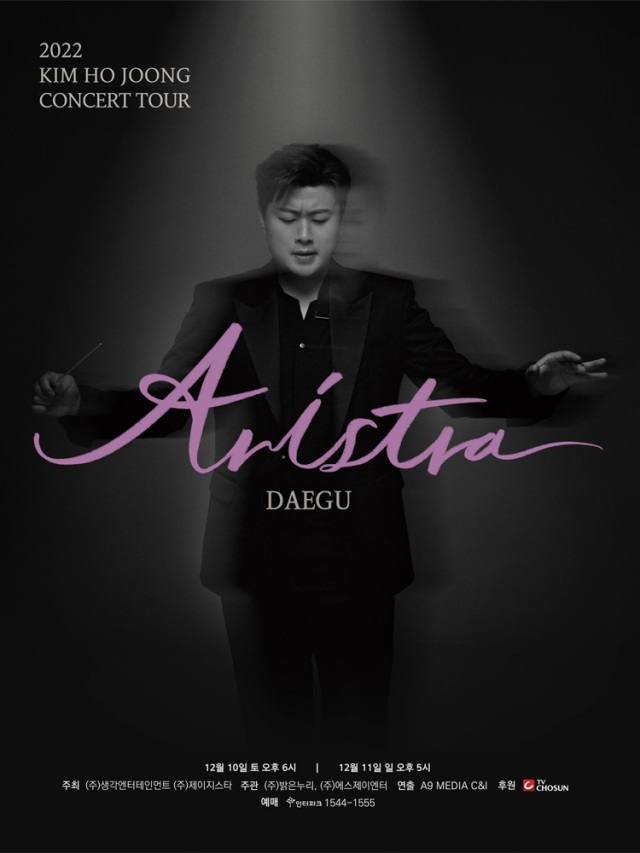 Singer Kim Ho Joong ignited the heat of ticket sales through the Aristra concert on the national tour.

At the Aristra Daegu concert held in Dongkwan, Daegu from 10 to 11/12, Kim Ho Joong is expected to bring a deep afterglow to the audience with the ability to express songs and subtle emotions as well as fill the stands with famous vocals.

With the positive praise and reviews of the audience each episode, Kim Ho Joong will shine at the end of 2022 as he prepares a variety of performances and performances to be able to interact with the audience at this Aristra Daegu concert.

Earlier, starting with a concert in Seoul with an audience of 25,000, Kim Ho Joong is meeting fans across the country and is expected to bring warm touches when he reaches Ilsan and Daegu in December.