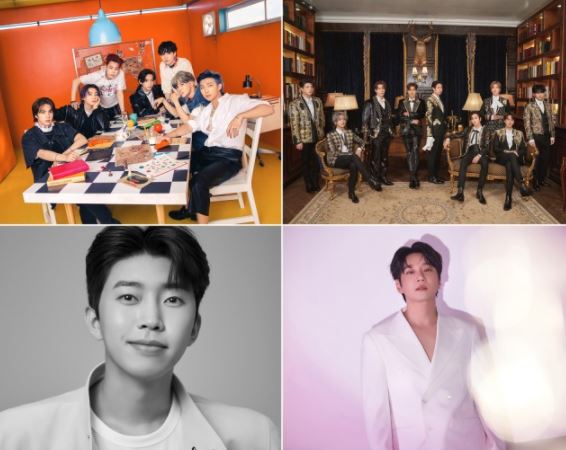 The 2nd online voting for "2021 TMA" is close → The results of the final vote will be revealed.
[The Fact Reporter Kim Saetbyeol] Online voting for the 2021 The Fact Music Awards, which was fiercer than ever, ended.
The FACT MUSIC AWARDS (TMA) organizing committee said on September 27th, "All the second online voting for the 2021 The Fact Music Awards, which held for three weeks since noon on September 6th, has ended."
Depending on the final voting results, the main characters of the "U+Idol Live Popularity Award," "Fan & Star Choice Award-Singer," "Fan & Star Choice Award-Individual," and "Trot Popularity Award" were determined. In certain categories, fiery competition between the first and second-place candidates took place until the last day, making it impossible for fans to take their eyes off.
According to the final voting results released on the official website of "U+Idol Live," BTS won the "U+Idol Live Popularity Award." As a result, BTS regained the "U+Idol Live Popularity Award" trophy two years after the "2019 The Fact Music Awards."
The "Fan & Star Choice Award-Singer" category, which played in a two-way race between Super Junior and BTS, went to Super Junior and achieved a milestone of winning the award for the fourth consecutive time. Super Junior maintained its final No. 1 spot amid a fierce battle between the two teams until the last day of the vote.
Hwang Chi-yeol won the "Fan & Star Choice Award-Individual" category, and Lim Young-woong won the "Trot Popularity Award" category with overwhelming votes, respectively. As a result, Hwang Chi-yeol and Lim Young-woong won two consecutive awards in each category following 2020 The Fact Music Awards.
The winners of the Weekly cumulative voting held through Fan & Star from December 21st last year to September 6th this year, and the Best As Dot Award, which was decided by the first online vote held last month, was also unveiled.
According to the results of the "Most Votes" vote released by Fan & Star, BTS was selected for the singer category, Hwang Chi-yeol for the individual category, Lim Young-woong for the trot men's category, and Jeon Yoo-jin for the trot women's category. The main character of the "Best As Dot Award" went to Lim Young-woong, who topped the online vote, and he succeeded in securing three gold medals, including the "Trot Popularity Award, the "Most Voted-Trot Men" and the "Best As Dot Award." 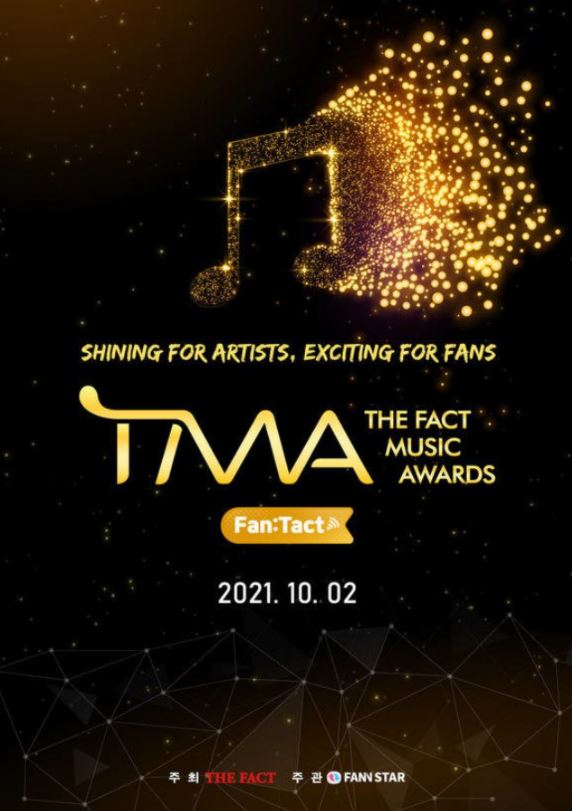 The 2021 The Fact Music Awards, a K-pop festival enjoyed by music fans around the world, will be held on October 2nd. In Ontact to prevent the spread of COVID-19 and ensure the safety of all cast members, staff, and fans.
With top Korean artists such as BTS, Super Junior, Hwang Chi-yeol, Seventeen, Oh My Girl, Brave Girls, ITZY, THE BOYZ, Stray Kids, ATEEZ, ASTRO, STAYC, Kang Daniel, CRAVITY, Weeekly, and Lim Young-woong confirmed to attend The Fact Music Awards will be held.
2021 The Fact Music Awards red carpet and awards ceremony can be viewed free of charge in Korea through U+ Idol Live.