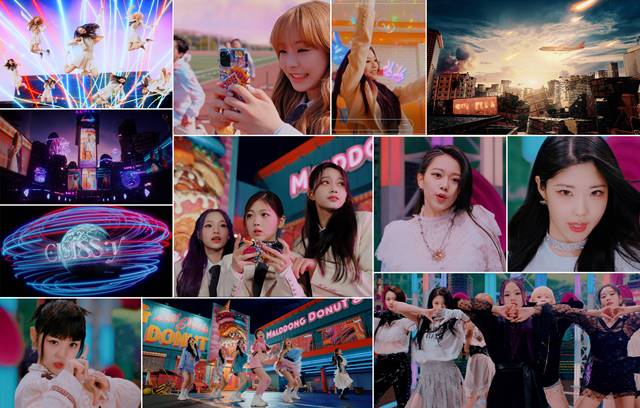 M25, a management company of CLASS:y ( Won Ji-min, Myung Hyung-seo, Yoon Chae-won, Kim Li-won, Kim Seon-yoo, Park Bo-eun, Hong Hye-joo), released a music video for the title song "SHUT DOWN" of their debut album "CLASS IS OVER" on May 5th.

It was like watching a Hollywood blockbuster. An interesting story of CLASS:y members escaping the virtual world that was "Shut Down" with zombies unfolded. It created a movie-like feeling with overwhelming scale, colorful CG, and a magnificent transition effect.

CLASS:y released debut album "CLASS IS OVER" at 6 pm on the 5th as the debut group of MBC's girl audition "After School Excitement." "SHUT DOWN" is a song produced by hit maker Ryan Jeon of NCT and Ive and is a K-WOOD (K-Pop + Bollywood) dance song that adds a colorful Bollywood feel to popular K-pop.