The Boyz, ITZY, Tubatu, and Ive announce the first line-up of the '2022 The Fact Music Awards (TMA).' 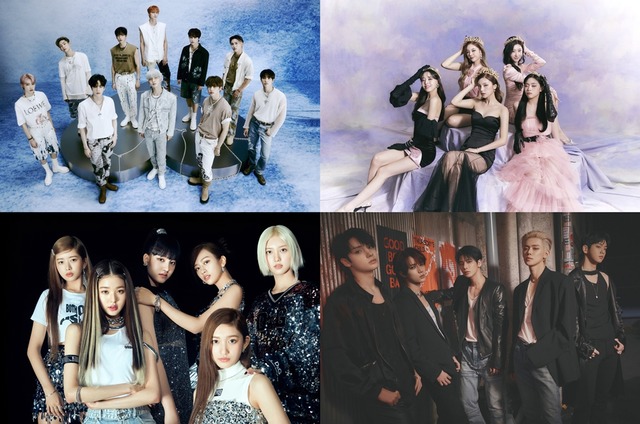 Source: The Boyz, ITZY, Tomorrow X Together, and Ive (above, clockwise from top left) were named in the first line-up of the '2022 The Fact Music Awards'. / Provided by the host company
[The Facts | [Reporter Jeong Byeong-geun] THE BOYZ, ITZY, TOMORROW X TOGETHER, and IVE will perform on stage at the '2022 The Fact Music Awards (TMA)'.
On the 18th, the organizers of 'THE FACT MUSIC AWARDS (TMA)' said, "The Boyz, ITZY, Tomorrow X Together have 4 teams named in the first line-up of 'The Fact Music Awards 2022'." The Boyz, ITZY, and Tomorrow X Together won Artist of the Year at last year's awards ceremony and Ive was the first to be together.
The Boyz became a half-million seller with their 6th mini-album 'THRILL-ING' last year with cumulative annual sales of 620,000 copies and is gaining momentum with the successful completion of their world tour. their first world tour in the first half of this year. The Boyz, who released their 7th mini album "BE AWARE" on the 16th, plans to prove their worth with unrivaled performance at "2022 The Fact Music Awards".
ITZY strengthens its position as a performer with the mini album 'CHECKMATE' released last month. In particular, the album sold 470,000 copies in the first week (one week after its release) and made a high mark in its career when it surpassed the cumulative sales of 720,000 copies until July expanded its influence globally, peaking at number 8 on the Billboard 200, the main US Billboard album chart. Interest is concentrated in the particular period they will show.
Tomorrow x Together has become a million-seller selling over 1 million copies in just two days after the release of 'minisode 2: Saturday's Child' in May. Cumulative sales are about 1.65 million copies. They are the hottest 4th generation boy band, entering the Billboard 200 for 13 consecutive weeks and surpassing 2 billion streams on Spotify, the world's largest music streaming platform.
Ive was the best rookie of the year. With their first single, "ELEVEN," they won 13 music program awards, and their second single 'LOVE DIVE' won 10 music program awards, earning a total of 23 trophies. On the 22nd, the third single, 'After LIKE,' will be released, which is expected to be a third consecutive hit at the box office. We are looking forward to what kind of stage will be presented at '2022 The Fact Music Awards'.
The four teams always present a high-quality stage with visuals, live, and performances that are determined to delight global fans by crafting 'The Fact Music Awards 2022'.