N.Flying and IZ, Winner of The Fact Music Awards

Groups N.Flying and IZ expressed their feelings after winning the Band Performance of the Year award at The Fact Music Awards. 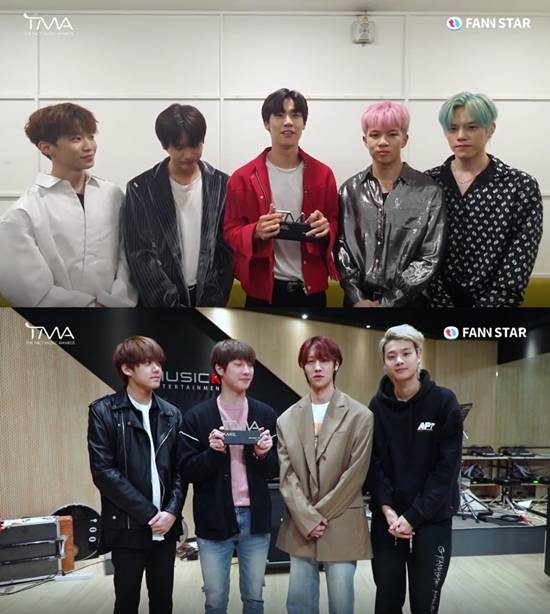 The organizing committee for "2019 (THE FACT MUSIC AWARDS, TMA) released a video of N.Flying and IZ's acceptance speech on the TMA's official website on March 27. N.Flying and Eyes said they would share the joy of the award with fans after receiving the Bandperformer of the Year award at an online ceremony that was replaced in the aftermath of Corona19. 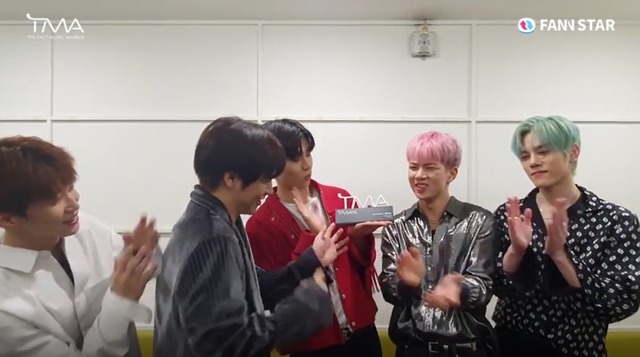 N.Flying made its name known in earnest in 2019. Released in January last year, "Rooftop" first entered the Melon Top100 on Feb. 17 due to a backsliding, and reached the top of Melon's real-time chart on Feb. 25.
With the song, N.Flying topped the music show for the first time since its debut on SBS' "Inkigayo." Since then, he has been active throughout the year by unveiling "Spring Memorandum" and "Yaho," and the members have participated in writing and composing the song themselves to show their musical competence.
N.Flying member Lee Seung-hyeop said, Our N.Flying will receive the Band Performance of the Year award at the "The Fact Music Awards." We were able to thank him for his acceptance speech in a video clip We'll say how we feel about winning the award one by one," he said.
Thank you so much for this award and I will do my best as I know it means to work harder," said Cha Hoon, adding, "It's all thanks to our fans that we were able to win this award. We will show you a better performance with good music and actions rather than words," he said.
"It's a band performance award, but I'll keep it in mind to work hard and move forward with better music and performances," said Kim Jae-hyun, adding, "I'll also be a cool N.Flying bassist after listening to you guys."
Lastly, Cha expressed his joy by saying, "Thank you so much for the 'The Fact Music Awards' for giving us the good award and that we will become N.Flying who continues to work harder in music."
"We're going to work harder and play better music for you in the future," she said. Last year, IZ released two single albums (RE:IZ) and (FROM:IZ). It has always shown various charms through new musical attempts and contributed to K-Rock's growth. In January, he released his new album, "THE:IZ," and performed actively.
"I want to thank you for giving us the honor of winning the award at the 'The Fact Music Awards.' Thank you for our fandom ILOVE. It is safe to say that 'Irup' received the award," he said.
"Thank you, Kwon Chang-hyun, CEO of Music K Entertainment, and his family. "Our company (Kim) Soo-chan, thank you for giving us a lot of feedback," he said. "I will work harder and present better music to you through this award."